Many avid cannabis consumers are familiar with cannabis oil extracts. But now, cannabis oil distillate is one of the newest production trends on the market today.

And it’s had people sit up and take notice. With a THC content approaching or even exceeding 99 percent, cannabis oil concentrates are not for the inexperienced.

Not only can they be consumed via dab rigs and vaporizers, they can also be infused into many different types of cannabis products. Especially as cannabis edibles or transdermal patches.

But, understanding the refinement process by which cannabis oil distillates are made can be difficult. Many of the distillation methods are proprietary and some are still in the R&D or patent-pending stages.

What Is Cannabis Oil Distillate?

Well, the simple answer to this question is that cannabis oil distillates are made from cannabis oil extracts. So, they are a more refined and more potent form of cannabis oils. 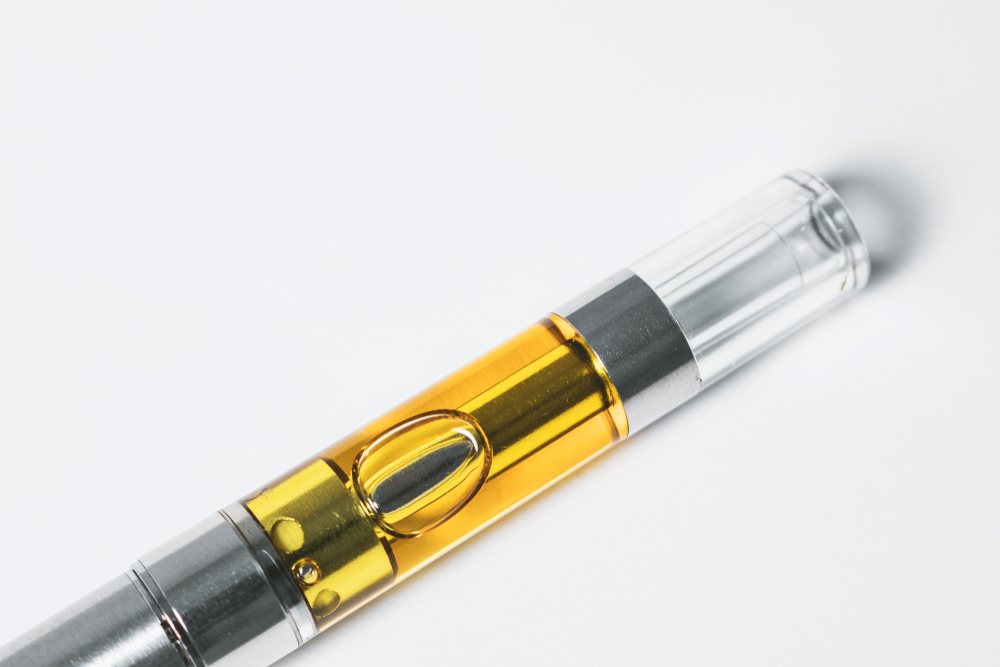 How Is Cannabis Oil Distillate Made?

Cannabis oil concentrates are made by subjecting dried cannabis flowers to solvents. These solvents include alcohol, propane, butane, or carbon dioxide, in order to extract the trichomes.

In comparison, cannabis oil distillates are made from cannabis oil concentrates. This process is called Short Path Distillation.

Using this process, cannabis extract manufacturers take advantage of the fact that THC and CBD have higher varying boiling points than other compounds.

Short Path Distillation uses heat, steam, and vacuum pressure to manipulate the boiling points. That way the compounds are subjected to much cooler temperatures as they pass through the system.

Via this process, volatile compounds like THC and CBD are separated by their molecular weight and individual boiling points. This leaves less volatile and undesirable compounds behind. Namely, chlorophyll, lipids, and pesticides.

So, a distillate may be cycled through this process multiple times in order to create an even more pure product.

And the amazing part? It can have THC or CBD contents as high as 99 percent.

This process is helping to create pure, and extremely potent, THC distillates or CBD distillates. 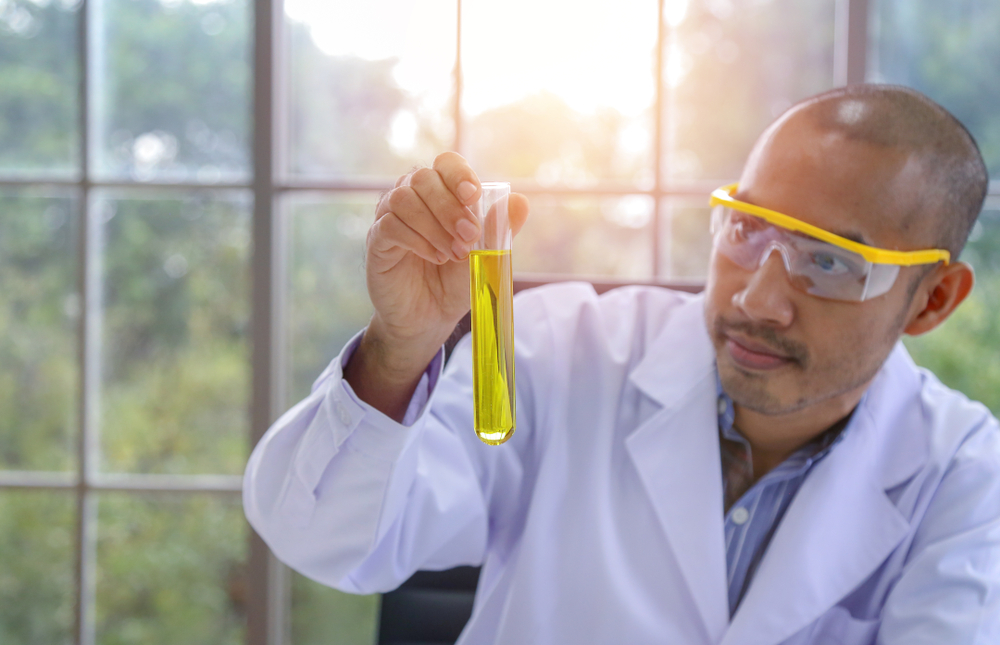 Despite the purity and potency of THC distillate and CBD distillate, some cannabis consumers don’t care for them. This is because the Short Path Distillation method separates the terpenes found in cannabis from the end product.

This causes it to not only lack aroma and flavour. It also lacks the psychoactive effects that some terpenes induce when they are combined with cannabinoids (like THC and CBD).

Fortunately, Short Path Distillation separates cannabis’ various molecules rather than destroying them. Manufacturers have the option of restoring the original aroma and flavour by reintroducing the extracted terpenes into the final product.

On the other hand, it also enables manufacturers to create a custom terpene mixture of their own. This mixture can be tailored to enhance certain physical and psychoactive properties.

So, the main advantages of consuming THC distillate over cannabis oils? The distillation process produces an end product that is very close to being pure THC. It’s so pure because the process removes any pesticides that might be present in the extracted cannabis oil.

This means that THC distillate are not only safer to vaporize than cannabis oils. They are also significantly more potent and they become active in the user’s system almost immediately after consumption.

The uses for cannabis oil distillates are not limited to insertion into vaporizer cartridges. Because THC distillate consist almost entirely of THC, there are a huge number of ways that THC distillate can be infused into products.

For instance, THC distillate contain little to no residual aromas or flavors due to their lack of terpenes. This makes THC distillate perfect for use in cannabis edibles as well as oral tinctures and transdermal patches.

In fact, because the distillation process separates the cannabinoids and terpenes into their individual components, the cannabinoids can be used in their pure form. Or, they can be recombined with individual terpenes using various formulas. These custom distillates vary from those with no taste or aroma to those with custom flavors, aromas and psychoactive effects.

So, to sum up. The main advantage of THC and CBD distillates is that distillates provide you with unmatched purity. And they provide manufacturers unmatched versatility.

However, understanding the refinement process by which distillates are made can be difficult. Many of the methodologies are proprietary and still in R&D or even patent-pending phases.

One thing to note is this golden form of cannabis oil is not only highly prized among cannabis users, it can also be significantly more expensive.

But, with a THC content of nearly 99 percent versus a mere 15 to 25 percent for high grade flower, many cannabis consumers feel that cannabis oil concentrates are well worth the cost!

One thought on “What’s CBD And THC Distillate? Breakdown Of Cannabis Distillate”