The White Rhino strain is an Indica dominant strain that has won many second place awards but is known to be a first rate strain for producing massive yields. Named for the look of the top part of the plant that resembles the horn of a rhinoceros, this strain provides a strong Indica high. New users are cautioned to try this strain a few hits at a time as it can take a few moments for the full effect of the high to take effect. Once it does, the strain fills users with a euphoria that lifts moods and numbs the body. The bodily effects causes many users to feel lazy and tired.  Accompanying the beneficial effects might be these side-effects, dry eyes and mouth, paranoia, headaches and anxiety.

Like many Indica dominant strains, this one should be used in the evening or at night and can be rather effective at treating insomnia. White Rhino’s numbing effects on the body are sought after by patients suffering from chronic aches and pains. Others choose the strain to relieve stress, anxiety, nausea, migraines and induce appetite. The euphoria felt with White Rhino is great for relieving the negative emotions associated with depression.

White Rhino was bred by Green House Seeds and is a relative to another famous strain, the White Widow. The exact genetics are unknown but many believe a White Widow was crossed with an unknown strain from North America. Reportedly yielding up to 900 grams per square meter indoors, this strain flowers for about nine weeks. Outside the strain can produce up to 1200 grams per plant, being ready to harvest at the beginning of April in the Southern hemisphere and October in the Northern. 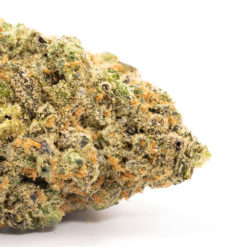 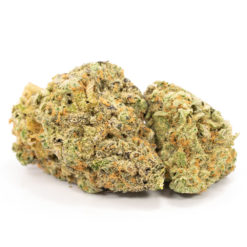 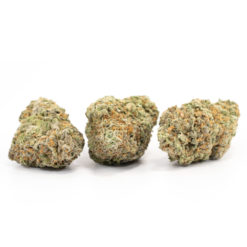 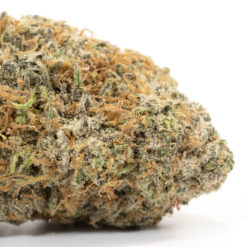 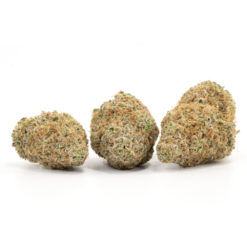 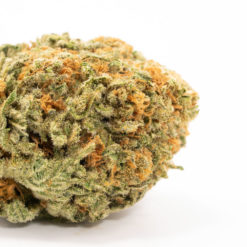 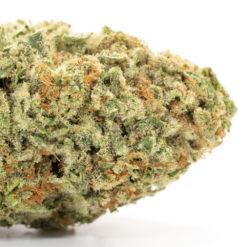 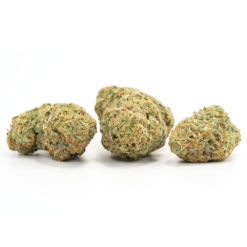 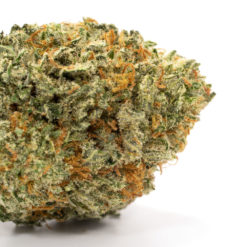 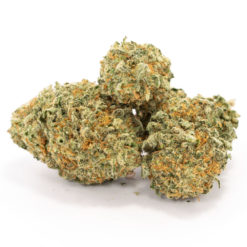