We’ve all been there, getting invited to drinks on a Saturday but not really feeling like having a big night and a nasty hangover the next day. That’s why we’re suggesting you take the matter into your own hands, invite friends over, get a little baked and play some weed games – that’s the best way to go!

Life is that much more simple when you enjoy the little things in life. Such as some good company, great cannabis and unforgettable experiences. While not all these games are necessarily considered “weed games”, they’ll have you laughing like a damn hyena!

5 Weed Games to Spruce Up The Evening 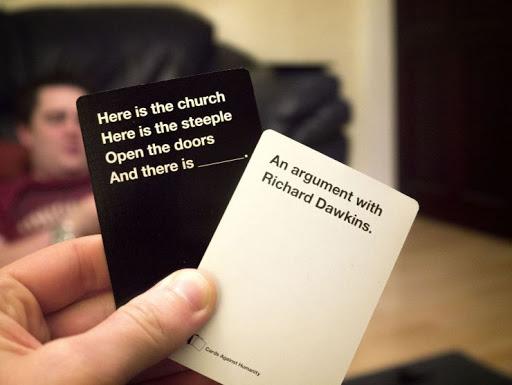 This party classic has been turning lacklustre events into something out of a comedy flick for years. If you haven’t gotten introduced to cards against humanity just yet, you’re definitely missing out. You don’t have to be the funniest person on Earth, but knowing your friend’s humour goes a long way to taking home the championship.

1 player each turn will read out loud the question card, and all others must lay down their best answer in a fill in the blank style. The person who reads the question card then decides who had the best response. If you didn’t win that round don’t worry, the question probably just isn’t funny anyway. 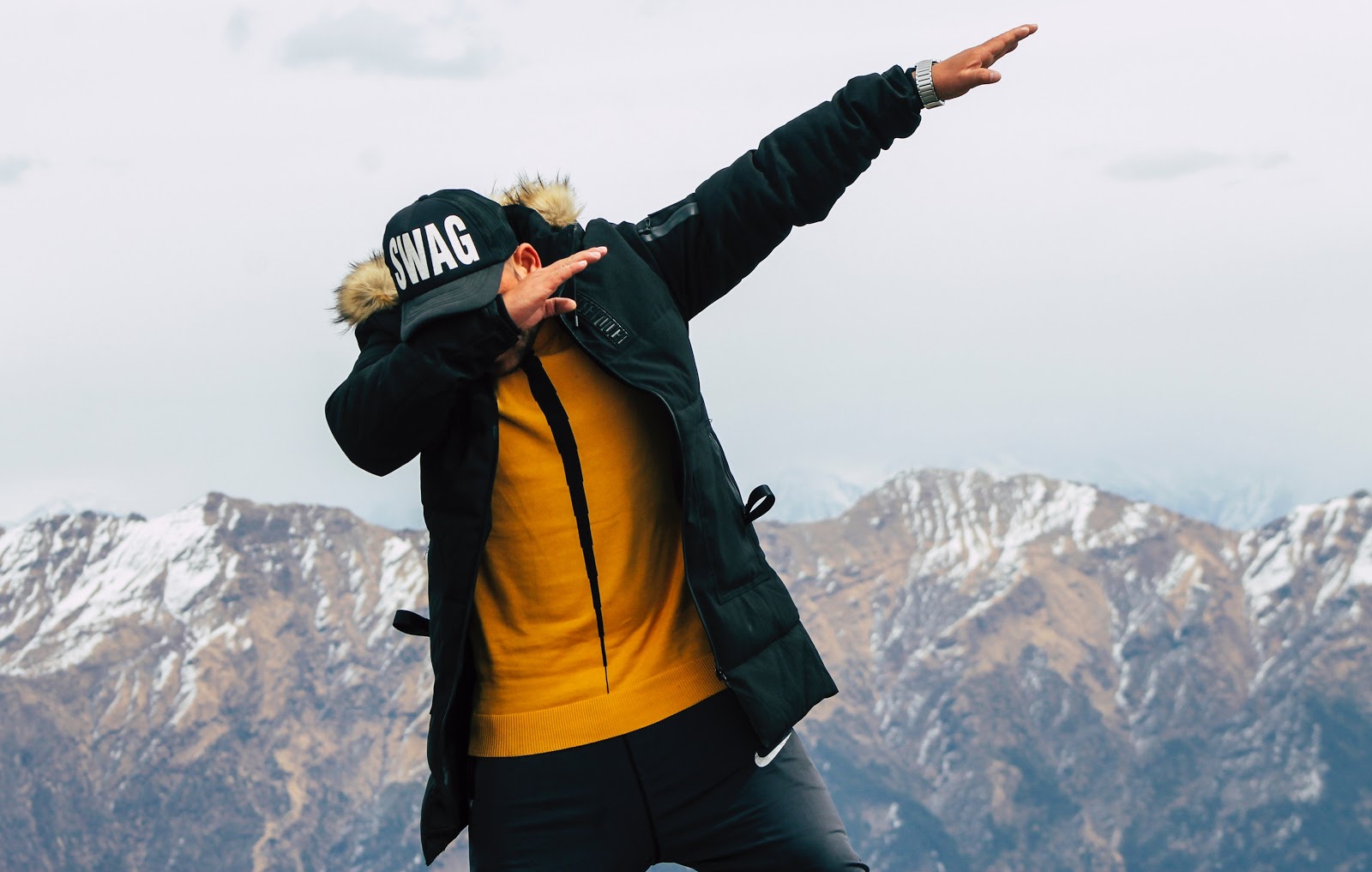 I know that we had said these games would be memorable, but when it comes to dab out, that might be a lie. There isn’t much you could possibly remember after finishing a round of Dab Out.

Players start by rolling two dice, with the highest roll going first. Whether this is a good thing or not probably depends on your tolerance. While this game may sound like it’s a great way to green out, the players that land on a “take a dab” square can choose to opt-out by doing the “dab dance”

Dab Out is the epitome of let’s see how stoned we can get over a two hour period. Which for some may exactly what the doctor ordered.

3. What Do You Meme: Stoner Pack 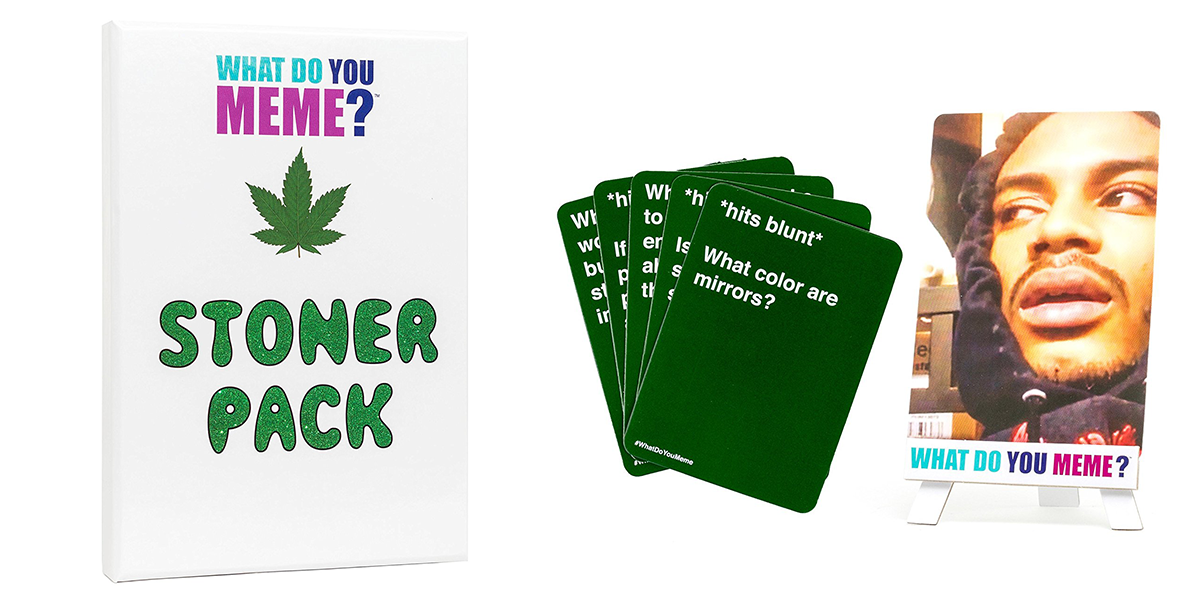 In today’s day and age, memes have virtually become a currency. They bring so much laughter and smiles to the world, they are literally worth their weight in gold. Who wouldn’t rather have a doge for president over a Donald Trump?

The creators of What Do You Meme know how to make a game, and with their Stoner Pack, it’s hands down one of the best weed games on market, if not the best. This add on pack requires the original to play, but it adds the whole stoner flair to your What Do You Meme deck.

For those who haven’t played, it’s very simple. A meme card is drawn and players have to play their best caption. Just like Cards Against Humanity, the one who drew the card selects the winner

Get some duct tape for your rib cage, it’s going to be a side-splitter kind of night.

It’s probably fair to assume that most of you have either seen or played a game of beer pong. If you’re a huge fan of arguing over house rules and whether rollbacks are legal and if a double bounce is two cups, then you won’t enjoy Bong Pong as the rules are much easier.

Set out your 6 cups just like beer pong, and fill them up with water. While we don’t overly condone the usage of alcohol, it’s your life, feel free to fill the cups with beer.

You can play by yourself or with a teammate, alternating turns after all players on either team have had their shot. But unlike beer pong, when a player sinks a cup they get to enjoy a bong hit instead of the other team drinking. While losing is never good, the losing team not only has the privilege of putting an L beside their name, they didn’t get the chance to chop the bong. Best of luck to all the players! 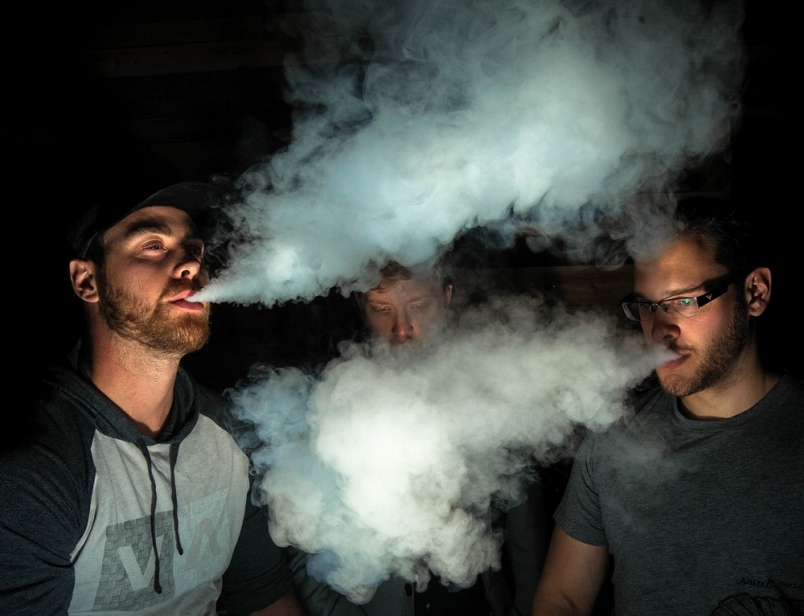 WARNING, NOT FOR THE FAINT OF HEART. Just kidding, but now that we’ve got it out the way, playing Power Hour is really easy. Turn on a Power Hour mix from YouTube (we got you covered). Every minute, or pre-specified amount of time the song will change. Once it does take a puff from your piece or joint of choice.

Those who are warriors may think they can take a whole bong hit or pipe toke every time, but they’re most likely sadly mistaken. Or in a need of a serious tolerance break!

What we can say is that by the end of power hour, it’s time for a serious power nap.

Video Games to Play While High

If group games like cards or ping pong, or an epic dabbing dance-off is not really your style, video games (while high) are a perfect fall back plan when you feel like winding down.

Portal 2, or Lego (anything). Surprisingly, even the Far Cry series feature co-op mode. Far Cry 4 invites players to team up and retake a region from an army of mercenaries.

Then there are beautifully aesthetic games like Horizon Zero Dawn comes to mind – a lush, post-apocalyptic world that you can explore and unearth secrets of a forgotten land.

Another gorgeous-looking and the relaxing game is Zelda’s Breath of The Wild. You can spend hours in this open word scouring mushrooms (for real), shrines, and just generally exploring the gargantuan sized map following Link.

Basically, there’s no ‘wrong’ choice when it comes to what video games you and your friends want to dive into.

Weed games are a great way to get the gang together and have some fun without drinks involved. While you may smoke a bit more weed than expected in a night, that’s to be expected.

If you have any more suggestions or didn’t see your favourite weed game on here, let us know! For now, we know that these will be more than enough to enjoy a few solid nights.

Have fun and toke safely!