If you’ve smoked weed, you may have experienced the after-effect phenomenon known as the munchies. Ringing any bells?

While chips and pizza seem to hit the spot, did you know there are foods that actually get you higher? Yes, there are different foods that can actually increase your high. This is good news for those of us who’ve been smoking for a while.

Because like some of us, you’re probably in search of new ways to increase your cannabis high.

Well, you’re in luck — research shows that eating foods rich in terpenes, certain cannabinoids and even omega-3 fatty acids make you reach that next level of stoned.

So why do certain foods enhance your high? And what foods should you add to your grocery list? Put the ice cream to one side and read on to find out. 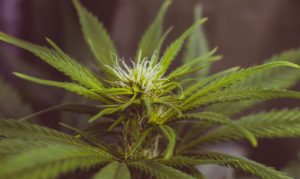 How To Increase Your High? It’s All About the Terpenes

When it comes to foods that get you higher, the first thing you need to know about is terpenes. You can find them on cannabis and other plants, the chemicals that give a plant its unique aroma.

Terpenes are found in all flowering plants, from sweet ones that lure insects to sour ones that keep predators away. So, whether the smell is sweet or sour, terpenes are responsible.

Certain vegetables, fruits and spices will also get you high. They too contain terpenes that aid the cannabis terpenes in various ways, as we’ll get into next.

Myrcene has a musky smell and is very sedating and relaxing on its own. Myrcene is thought to help cannabinoids like THC and CBD pass through the blood-brain barrier. This can increase the onset and duration of your marijuana high.

And if you’ve ever heard about the tales of pot users combining mango and weed, that’s because mango fruits are high in myrcene. So, eating mangoes about 1 hour before you smoke means that the myrcene is already in your bloodstream, ready to bind with those cannabinoids. It might just spike your high!

Most nuts like cashews, pecans and others are high in omega-3 fatty acids, so this is a great snack to enhance your high. You can also get omega-3 from fatty fish like mackerel, salmon and herring. Like with myrcene, you’ll likely become higher faster and stay high longer eating these foods while getting stoned.

Pinenes are piney. They smell like pine! Cultures have used plants with pinenes for thousands of years to treat asthma and other respiratory diseases. Herbs like rosemary, bay leaves and basil have lots of pinenes, so make a great herbal dish before you smoke.

Pinenes actually have an amazing ability to dilate the bronchioles in the lungs, meaning pinenes open up passages in the lungs. This, in turn, increases the surface area of your lungs, so that means you can absorb more cannabis from the smoke.

It also means that the cannabinoids can more easily pass between the blood and brain.

Keep in mind that pinenes do help balance out some of the effects of THC. In fact, cannabis users often choose high-pinene strains for heightened memory and alertness. 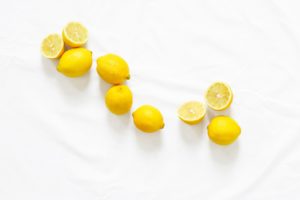 The terpene limonene can also counteract some of the negative side effects of cannabis consumption. In particular, limonene decreases anxiety and depression and lowers stress. Any plant or food with a lemony aroma, like some kind of citrus fruit, lemongrass or lemon thyme will have limonene.

Another helpful terpene is the caryophyllene class of terpenes, which have the same binding capabilities to the body’s CB2 receptors as many cannabinoids.

Therefore, caryophyllenes work together with cannabinoids to reduce pain and inflammation. Carophyllenes have a spicy, peppery aroma and are found in black pepper, cloves and foods like broccoli.

Catechins are antioxidants that bind with the CB1 receptors in the brain, just like cannabis does. Black and green teas used with cannabis can do even more to promote peaceful relaxed feelings and decreased stress.

Cannabis smokers swear by pairing beer with smoking cannabis, known as twisting or crossfading. However, extreme caution should be used — beer and cannabis together mean a significantly increased impairment.

The American Association for Clinical Chemistry, for example, states that alcohol intake while using cannabis resulted in significantly higher amounts of THC in the bloodstream.

The effect can impact each individual differently. Some people get too high while others get too mellow. It makes some people really hyper. There are just too many variables — different beers, different alcohol contents and different strains.

Most people find it hard to control this effect. Many feel nausea and get the sweats or have the room spin out of control.

Some partakers first smoke weed then start to drink beer, claiming they can control and even tone down the high this way. If you do feel the side effects, drink plenty of water and get some rest.

Ready To Eat The Foods That Get You Higher?

From mango and weed, eating fish, nuts and vegetables and citrus fruits, you’re armed with a collection of ingredients to enhance your cannabis high. When you’re deciding on what to cook or where to eat out tonight, remember this list before you light up between meals.

All of these pairings involve you using your common sense, taking cannabis in moderation. Take it slow and find what works for you!