If you’ve just started experimenting with cannabis. One of the first things you’ll probably want to do is learn how to smoke a bong – after all. What could be more fun than smoking weed?

While bongs have been around for a while now and are commonly used by people who smoke weed, not everybody knows the ins and outs of using a bong. If you’re new to smoking weed or just feel like trying something new, read on to find out more about how to take bong hits.

A bong (also known as a water pipe or bubbler) is a device typically used for smoking cannabis or tobacco. They can be made from a variety of materials, such as glass or plastic, and come in a range of shapes, sizes, and colours.

Bongs contain a bowl (the part you put your weed or tobacco in), a stem (the bit that goes through the water), and a joint (the bit where you attach the bowl).

Bongs can be a great way to smoke weed as they filter out certain impurities and increase the amount of cannabinoids (the chemicals in cannabis that make you high) you inhale.

You may also be less likely to cough when using a bong than when smoking a joint, as bongs generally have a slower inhalation speed. Bongs are also great if you’re smoking with a group of people, as they can easily be shared between friends. 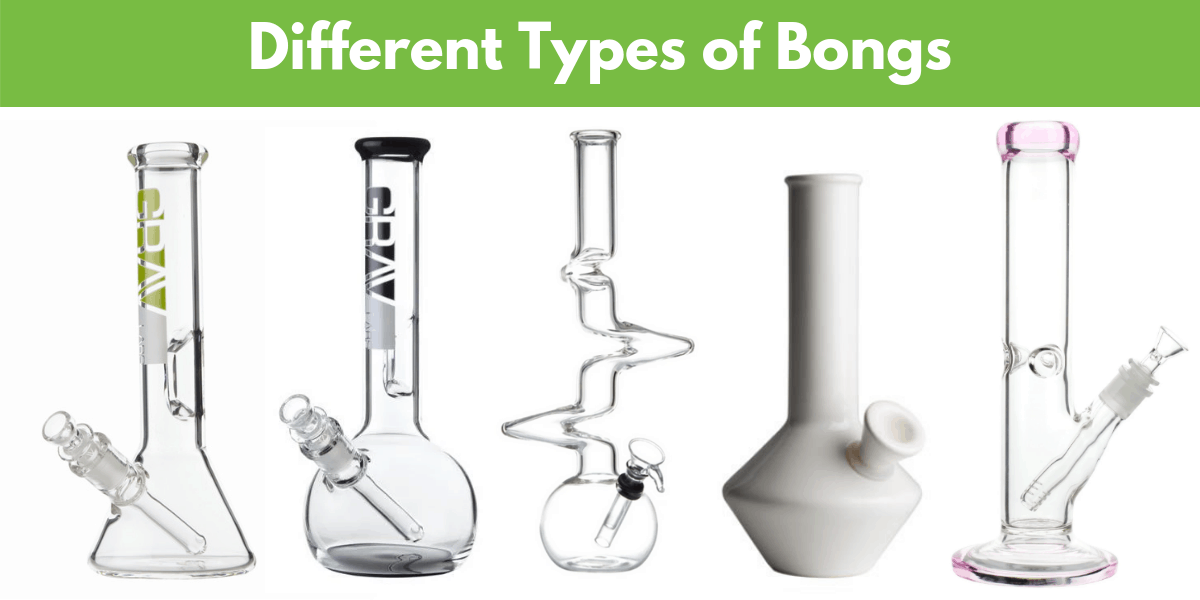 Finding the Right Bong for You

Finding the right bong can be a bit of a challenge, particularly if you’re a first-time bong buyer and don’t know what to look for. Luckily, there are a ton of different bongs out there, so finding something that’ll suit your needs shouldn’t be too difficult.

Thirdly, you should think about your budget. Bongs range in price, so you should figure out how much you’re willing to spend on your new bong. Finally, you should consider the look of the bong.

Bongs come in a ton of different styles, so you have plenty of options if you just want to find something that looks cool. 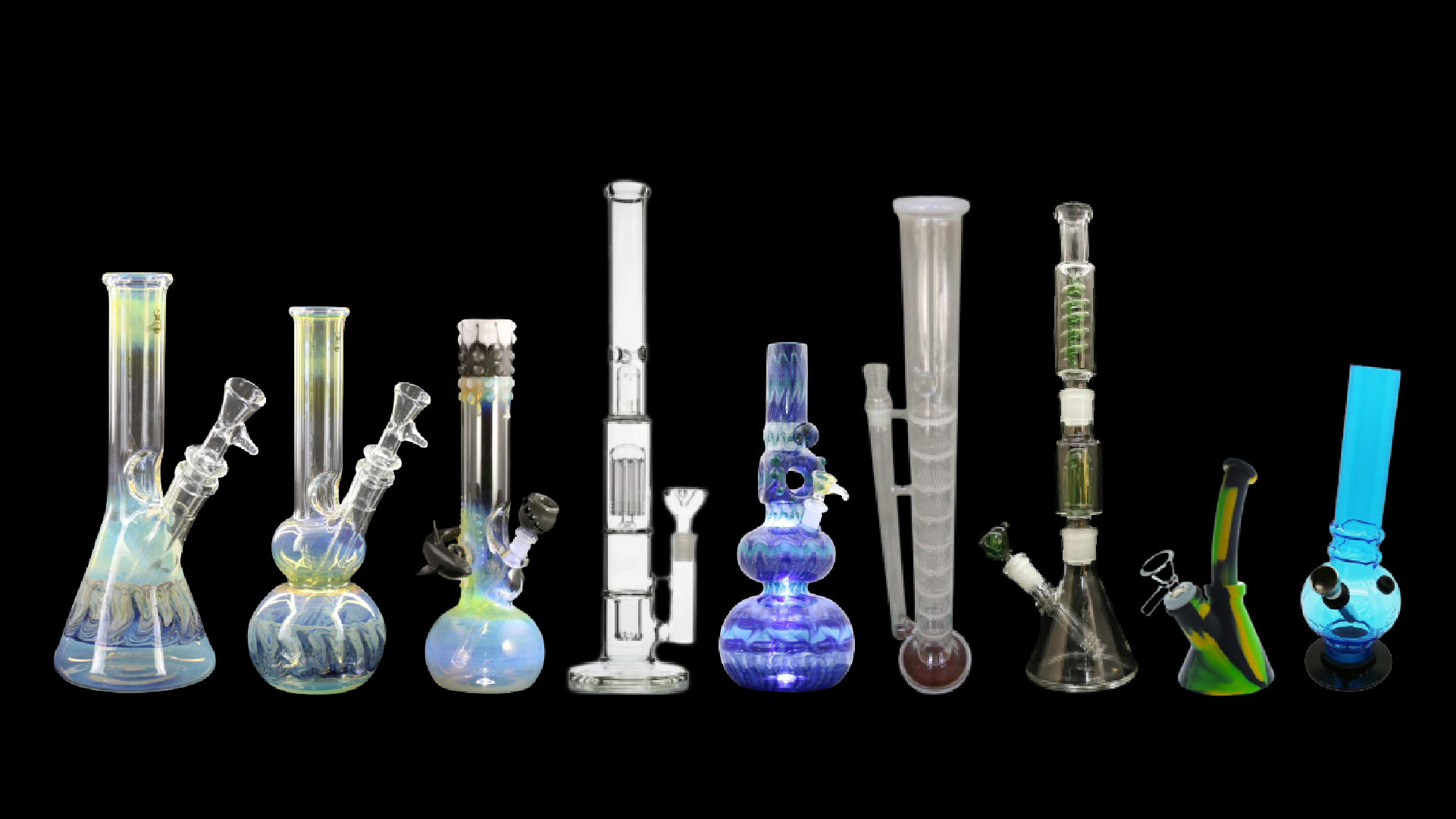 How to Use a Bong: A Step-By-Step Guide

Smoking from a bong can be a bit of an art, but it doesn’t have to be too difficult.

To smoke from a bong, you first need to prepare it. You should start by filling the bong with water, making sure you don’t go over the “max line” on the bong (the maximum level of water suggested by the manufacturer). The downstem should be in water, but not too much as you might risk inhaling bong water in your mouth.

Next, you should try to find the right bowl size for the amount of cannabis you want to smoke. Once you’ve got all of this sorted, you can start smoking from your bong. The more herb you light in the bowl at once and the sharper you inhale will determine how much smoke rises up into the chamber.

First, you should gently break up your cannabis and place it in the bowl. Then, you should place the bowl on the stem of the bong and light the bowl. You can suck in all the smoke through the stem and into the water. Where it’ll be filtered and you’ll be less likely to cough. Begin inhaling while holding the flame over the cannabis.

You can then remove the bowl and inhale the cannabis smoke through the mouthpiece on the stem. You can also use a carb cap to make the smoke thicker. 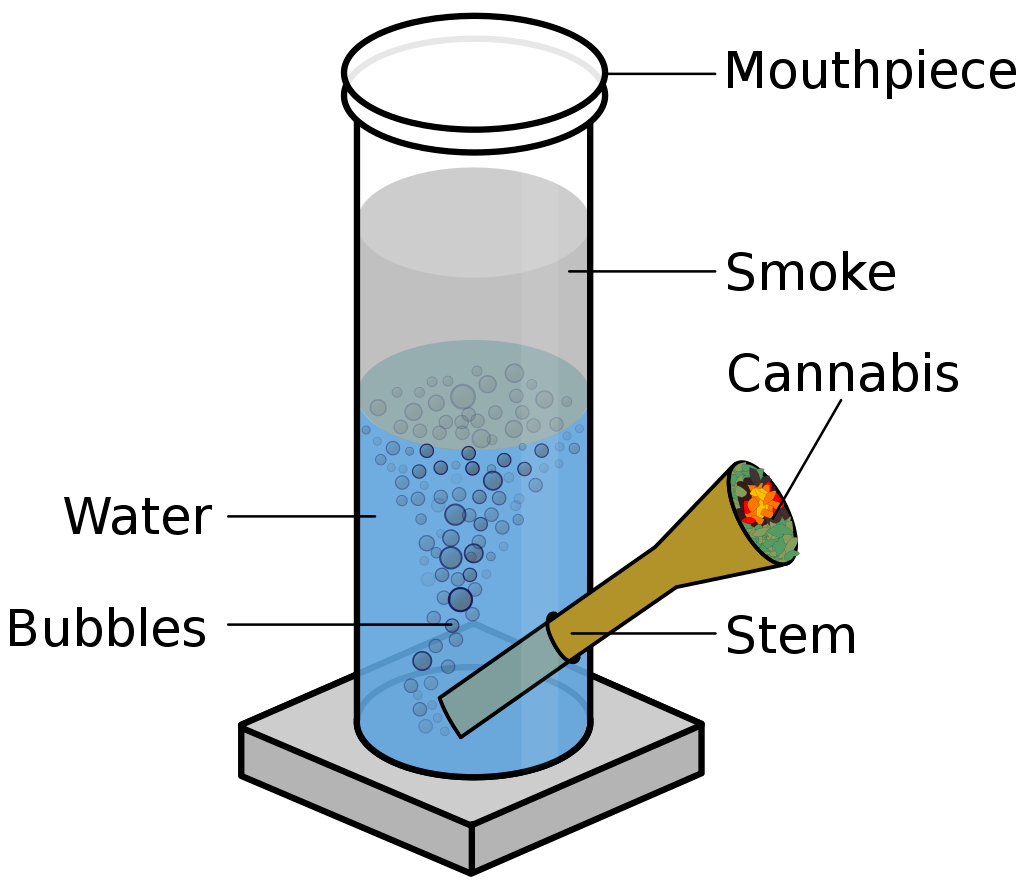 After toking from a bong…

Hit stacking occurs when you hit a bong, and the smoke gathers in the chamber and does not move significantly up the mouthpiece. As you continue to run the bong, you can smoke more and more of the bowl and keep the smoke in the body without actually inhaling it until you decide. You should make sure you wait at least one hour after smoking from a bong before driving. 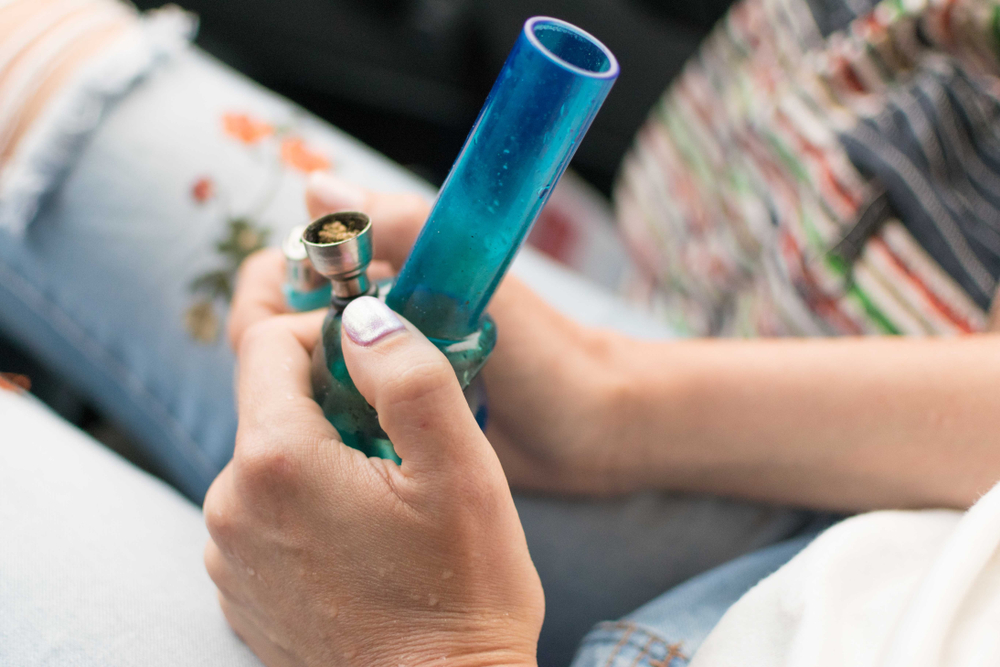 You might find that joints are more enjoyable or that a bong is more your speed. There’s no right or wrong way to start smoking weed. The key is to experiment and find a method that works best for you. Once you’ve got the hang of smoking a bong, you may find that it’s your favourite smoking method. We hope you found htis article helpful in all your bong hits in the future!

One thought on “How to Smoke a Bong: A Guide for First-Timers”