There are so many ways of how to smoke hash, from vaporizing to smoking in a hookah to even combusting it between two scolding hot knives… So, if smoking hash isn’t your expertise, how do you decide which option is the right one for you?

We’ve collated some tips and tricks and simple methods, including sprinkling hash into a spliff or smoking hash using a vaporizer. And as to not leave anything out, we’ve even included the hot knife method atop a coil stove – this method screams “fire incident”, so we advise just steering clear of that one. But we’re going to explain it anyway.

You can always branch out and try dabbing for an instantaneous effect – that’ll be on the list as well. So, sit back and enjoy all the ways of how to smoke hash for your enjoyment. But first up, what exactly is hash? 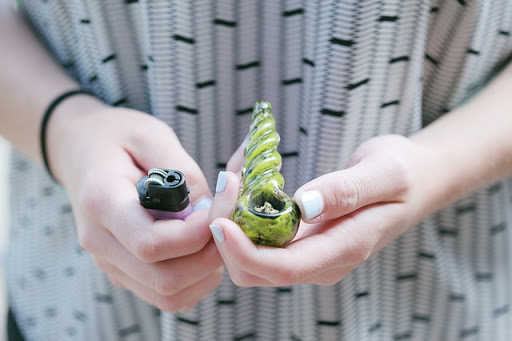 Hash is a cannabis concentrate made by heating and compressing trichomes or resin from the marijuana plant. Hash is made from the resin of the plant, whereas hash oil is obtained from the plant by separating resins from the buds using solvent extraction methods.

A little hash goes a long way – traditional hash contains a much higher concentration of THC (and other cannabinoids) than the bud that you’d usually smoke, around 20-50%. For more specialty types, like bubble hash, THC levels can reach upwards of 60%. For the liquid hash called hash oil, the potency reaches around 90% THC content! To compare, regular cannabis has a potency of around 10% THC.

Let’s get into the usual ways, plus the more creative ways of smoking and consuming hash!

8 Tips and Tricks On How to Smoke Hash 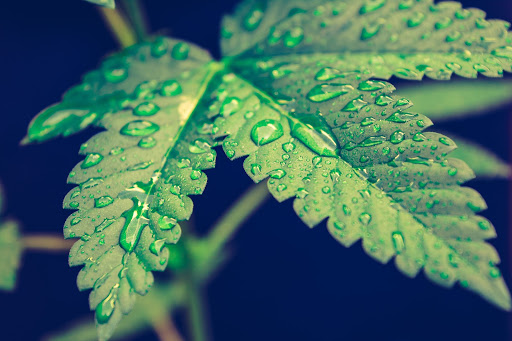 Tip 1: Roll Hash into a Spliff

A spliff, a mixture of tobacco and cannabis rolled up into papers, is a super easy option for smoking hash. To start, line up your hash, your rolling papers and tobacco. Crush your hash (a grinder will do), or otherwise, if your hash is already malleable then you can mould it into a thin snake-like shape as long as your joint. Roll the hash and tobacco into a spliff and you’re done.

If the hash is more paste-like in texture (bubble hash), you can coat it on the outside of a finished rolled joint or cigarette, as if it had been dipped in the paste.

All in the name of recycling, are you ready to learn how to make a bong from a plastic bottle? You’ll need a cigarette, hash, and the bottle. Once you’ve got everything in front of you, cut a hole in the bottom of the bottle which should be just large enough to stick a cigarette through. Next, attach the lid and let it stand.

You’re ready to move onto the hash – cut off a chunk, put a bit of hash on the end of the cigarette/joint and light it. Stick it through the hole and let the bottle fill up with hash smoke.

The trick is to remove the cap and quickly bring the bottle to your lips and inhale as hard as you can. Exhale and repeat until you’re as high as a kite. Success.

This explanation is short and sweet. For a bong or pipe, you can mix hash with tobacco or flower. All you do is place your hash on a spoon and hold it over a flame until it softens up. Then add the weed to the pipe if you want, and add the hash on top. You’re done!

Tip 4: The Classic Glass and Pin

Prepare yourself for this slightly weird tip for smoking hash. The Glass and Pin tip are where you catch the hash smoke in a glass. Start by putting a bit of hash on a pin, and then lighting the hash until you see a small flame. When you see the flame, immediately blow it out and put the glass over the top of it so that it fills up with the smoke. Now you’re ready to inhale it – lift up the glass and use a straw to breathe it all in.

Vaporizing your hash is definitely a healthier option, but it’s probably no surprise that when you vape hash it’s going to melt. And most vaporizers don’t do that well with it because residue tends to build up.

To stop your vaporizer getting damaged, make sure you place a piece of degummed hemp fibre to protect it

Ideally, you’ll use a device with temperature control for vaporization (which is between 180-210 °C). The trick is to get to this desired temperature without burning your stuff.

The Hypnos Zero voted two-time “Best Vaporizer” winner by High Times, has been suggested as one good option for vaping hash. Another great vape is the Air Vape X or The DynaVap VapCap “M”.

A hookah is made of a pipe with either one or multiple hoses, and a pot with hash inside, covered by aluminum foil. You roll hash into balls, put them in the top of the hookah, and when you heat up charcoal which fires the substance that it’s placed on. The base of it is filled up with 3/4s of water as well.

When you place the charcoal on top of the hash. Then you can inhale with the hose. Watch this video for a helpful visual.

You’ll need two butter knives, a stove, hash and a straw for this little old-school trick. So, heat up the two knives and once hot, press the hash between the two blades and watch it combust instantly. As soon as it starts to smoke, grab your straw and catch it by inhaling the smoke in so it doesn’t waste. Clearly a dangerous option, so we recommend steering clear!

Dabbing gives you a much more intense high than any other way of consumption due to the nature of cannabis concentrates, like shatter,  being more potent.  Dabbing involves a bit of knowledge about the equipment so here’s a visual guide to start.

To dab your hash, you’ll need a dab rig and a handheld torch to heat up the nail. Nails come in either quartz or titanium and in all shapes and sizes.

First, you turn on and point the torch’s flame at the nail so that it becomes red hot. Then you can turn off your torch and put the glass dome over the nail, grab your dabber and apply your hash directly on the nail inside the dome. You’re ready to inhale it in and experience a hard-hitting high!

Final Thoughts on How to Smoke Hash

There’s a big range of methods for consuming hash, from the classics to more modern and innovative. Hopefully, you’ve found a couple that you’re going to enjoy!